LP Docs upcoming feature documentary has been trending again, this time on Weibo. The Six, which follows historian Steven Schwankert as he traces the lost story of the Chinese passengers of RMS Titanic, reached number one on the social media platform with over 30 million hits for the films trailer.

Director Arthur Jones also announced WhoAreTheSix.com, a new site where people can post clues and information pertaining to Fang Lang, Lee Bing, Ah Lam, Chung Foo, Ling Hee, Chang Chip and Lee Ling. Maybe you have heard stories about a family connection? Maybe someone you know has met them or is personally linked to them? The team wants to hear your story, visit the website to get in touch.

The film is due to be released in 2018. In the meantime, you can stay up to date with news by following on Weibo or at facebook.com/thesixdocumentary 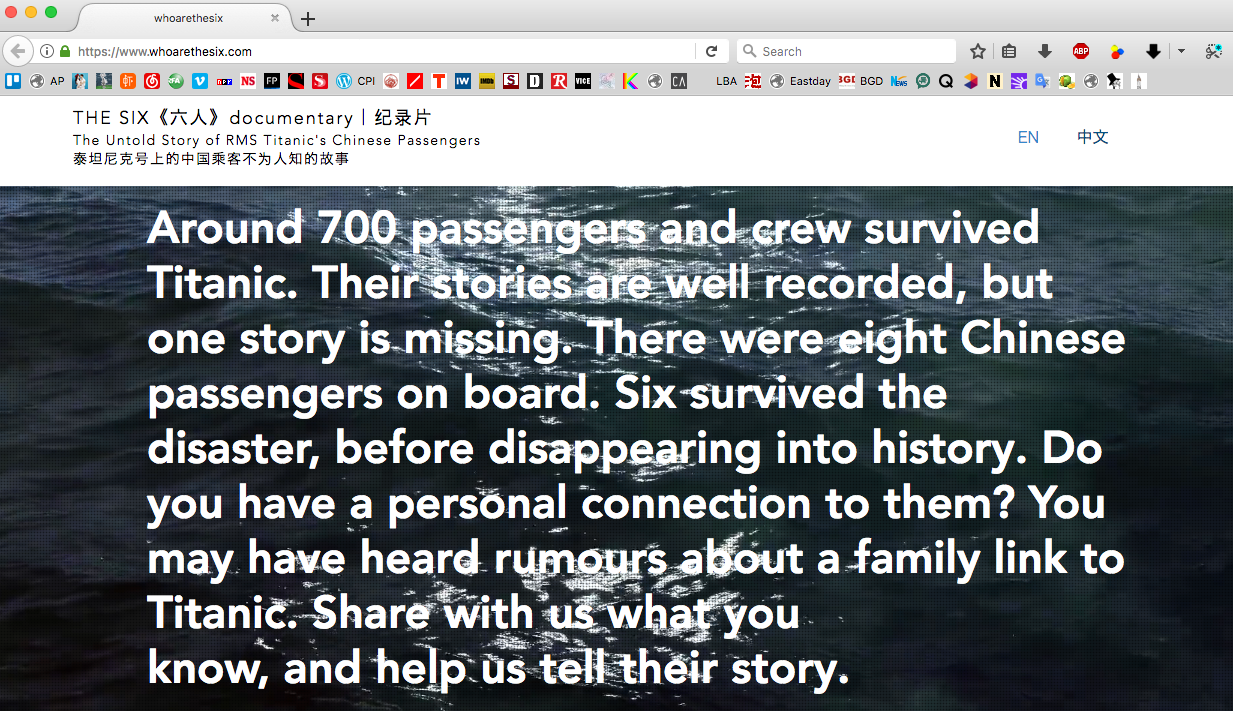