Belts don’t mean much this time of year. We let ours out for Christmas dinner over last weekend, and will be getting ready to tighten it again as the New Year’s diet kicks in today, only to let it out again for Lunar New Year, kicking in super early in just a few weeks time. Perhaps it’s this food-induced lethargy which makes people so content to sit back and reflect on the past twelve months. Or perhaps it’s feeling warm sat inside, cozy against the cold weather which has finally hit Shanghai in the past few days. Either way, nostalgia is comforting in the depths of winter.

Here at the LP Films office, we’re busy preparing for our next few shoots, ready to hit the ground running in 2017 (film production can indeed be very slimming). But we took a moment to think about everything we achieved in the year that was 2016…here are some of our favourite projects:

Syoss – I Create My Style

What’s your style? We mix high gloss with easy fashion in this fun packed shoot for Syoss. Think we might have a career in music videos someday?

A New Webseries With BITE

It’s hard not have noticed Midnight Bites this year, our darkly delicious cooking show, starring newcomer Nic Xu as a cutting and cynical urbanite who takes to his kitchen nightly to wax lyrical on the ills of society whilst whipping up dreamy dishes. We found new fans earlier this month on toutiao.com, clocking up hundreds of thousands of hits. Why not binge on the whole series on New Years Day?

We Take a Ride to Autocity

Out on the edge of Shanghai is Auto Innovation Park, a cutting edge tech park and the future of the automotive industry in Shanghai. We’ve shot a few things for them, and a few months back made this corporate promo for their self-drive and intelligent car development facilities.

Make A Change For The Better

It’s never too late to make a New Years Resolution. When oral hygienist U-Dental challenged us to come up with a commercial encouraging people to get there teeth checked and fixed, we took the opportunity to think more broadly about what changes people make in their lives for the better.

The Cutting Edge of Gaming in Asia

ReedExpo invited us back to Macau again this year to cover the 10th Anniversary G2E Asia, the regions leading expo for the gaming and entertainments industry. It was a high energy two day shoot for LT, Matthew and DoP Liu Jia at the exquisite Venetian Hotel…but we still managed to squeeze in a quick stop on the casino floor.

We have been long time supporters of Special Olympics, an international sporting organisation which supports growth and development for young people with intellectual disabilities. In early 2016, we met artist Yang Cheng Wei. Despite his young age, Yang’s exhibitions have received national acclaim. We sat down with him and his mother to talk about the challenges they have met, and the pride of his achievements.

A Little Trip to Japan

Each summer, the team takes a well deserved vacation. This year’s trip to the northern Japanese island of Hokkaido was a little different from previous adventures in places like Thailand. DoP Andrej Ilijev captured our week exploring the islands traditional towns and sleepy landscapes in this gorgeously meditative short film.

In early November, Arthur Jones was invited to pitch his new feature documentary The Six at Asian Side of the Doc, held this year in Bangkok, Thailand. Ostensibly a marketplace for in-development projects, Asian Side is one of the most important industry events for documentary in the region. We were thrilled when  Arthur walked away with the Best Asian Pitch prize. He will be taking the project to La Rochelle, France, for Sunny Side of the Doc in summer 2017. Follow facebook.com/thesixdocumentary for up-to-date news. 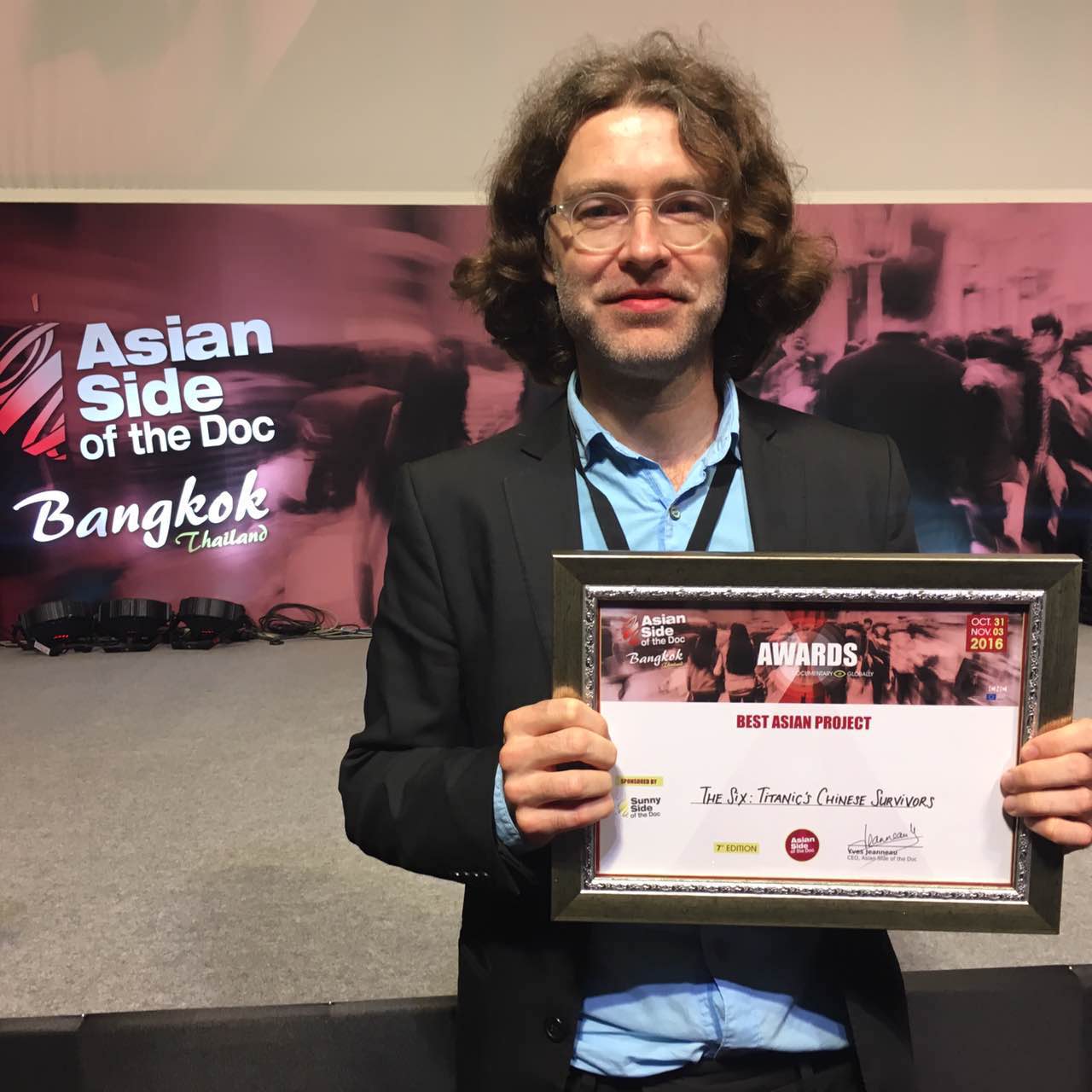