As 2015 rides to an end, the LP Films team has been looking back over our achievements and memories of the year. We’ve welcomed new clients, including Shanghai’s Auto Innovation Park and luxury fashion catalog Meici. And we’ve continued to work with old partners, like bespoke furniture makers A-Zenith. We’ve also joined forces with one of the most talked about projects in Shanghai this year…but our lips are sealed, you’ll have to wait to find out more.

We released Arthur Jones’ award winning The Poseidon Project on VoD, as he gears up for our next documentary feature. We watched as friend and former colleague Isobel Yeung broke out with VICE on HBO. And we’ve seen our office grow, with Nate Wang becoming Head of Post-Production and new staff joining the team.

So what were our Best Moments of 2015? We’ve put together our Top Five from an amazing year. 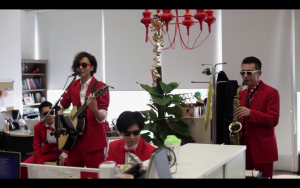 When our old colleague Annie’s boyfriend decided to propose to her back in March, we knew it was going to be special. With a little help from his friends at LP Films, he gave Annie a surprise she’ll never forget. 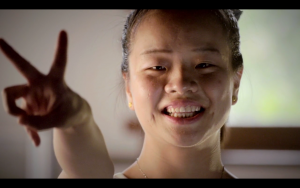 We’ve worked with Special Olympics, one of the world’s leading intellectual disabilities organisations, for a number of years now. In 2015, we worked with them on their rebranding with a powerful and uplifting corporate video. 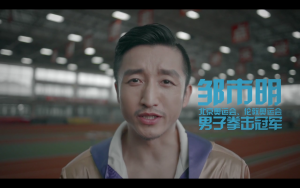 IAAF Diamond League hit Shanghai back in May. One of the world’s top sporting events, we were honoured to be join them again to create this year’s TVC. The star studded cast included boxing super star Zou Shi Ming. 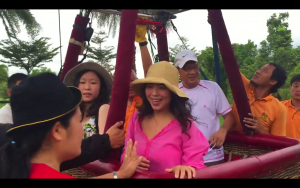 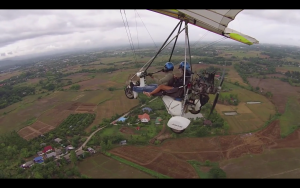 What harm could a short trip in the sun do? The team took their cameras to Thailand and Hong Kong back in July for a well deserved break. It was also a chance to capture some great footage of Chaing Mai…usually from the air.

Arthur Jones announced his new documentary project a few weeks ago. The Six follows the story of the Chinese passengers on RMS Titanic, their amazing story of survival, and the prejudice they faced when they arrived in America. The film gained attention earlier this month when it won the coveted Top Pitch Award at Guangzhou’s GZDOC marketplace.